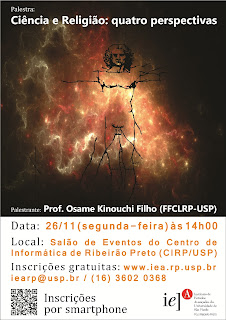 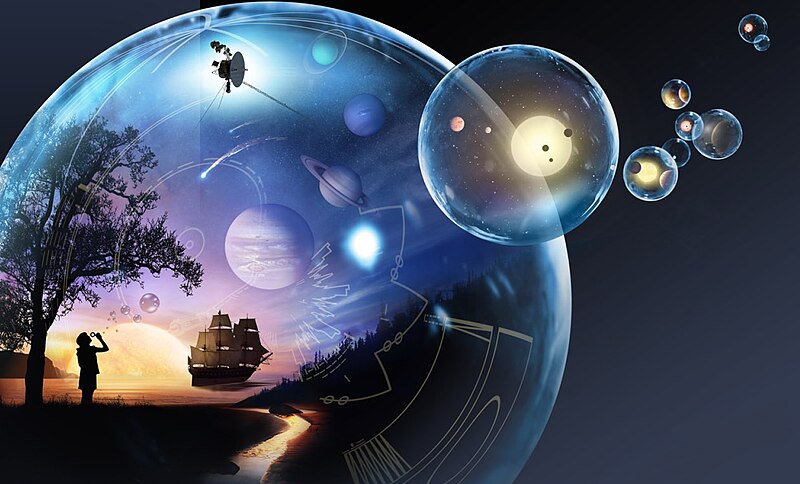 My personal theology is described in the Gifford lectures that I gave at Aberdeen in Scotland in 1985, published under the title, Infinite In All Directions. Here is a brief summary of my thinking. The universe shows evidence of the operations of mind on three levels. The first level is elementary physical processes, as we see them when we study atoms in the laboratory. The second level is our direct human experience of our own consciousness. The third level is the universe as a whole. Atoms in the laboratory are weird stuff, behaving like active agents rather than inert substances. They make unpredictable choices between alternative possibilities according to the laws of quantum mechanics. It appears that mind, as manifested by the capacity to make choices, is to some extent inherent in every atom. The universe as a whole is also weird, with laws of nature that make it hospitable to the growth of mind. I do not make any clear distinction between mind and God. God is what mind becomes when it has passed beyond the scale of our comprehension. God may be either a world-soul or a collection of world-souls. So I am thinking that atoms and humans and God may have minds that differ in degree but not in kind. We stand, in a manner of speaking, midway between the unpredictability of atoms and the unpredictability of God. Atoms are small pieces of our mental apparatus, and we are small pieces of God’s mental apparatus. Our minds may receive inputs equally from atoms and from God. This view of our place in the cosmos may not be true, but it is compatible with the active nature of atoms as revealed in the experiments of modern physics. I don’t say that this personal theology is supported or proved by scientific evidence. I only say that it is consistent with scientific evidence.  Freeman Dyson

After two hours of conversation, Professor Dawkins walks far afield. He talks of the possibility that we might co-evolve with computers, a silicon destiny. And he’s intrigued by the playful, even soul-stirring writings of Freeman Dyson, the theoretical physicist.

In one essay, Professor Dyson casts millions of speculative years into the future. Our galaxy is dying and humans have evolved into something like bolts of superpowerful intelligent and moral energy.

Doesn’t that description sound an awful lot like God?

“Certainly,” Professor Dawkins replies. “It’s highly plausible that in the universe there are God-like creatures.”

He raises his hand, just in case a reader thinks he’s gone around a religious bend. “It’s very important to understand that these Gods came into being by an explicable scientific progression of incremental evolution.”

Could they be immortal? The professor shrugs.

“Probably not.” He smiles and adds, “But I wouldn’t want to be too dogmatic about that.”

A Mediana não é a mensagem

“When I learned about the eight-month median, my first intellectual reaction was: fine, half the people will live longer; now what are my chances of being in that half. I read for a furious and nervous hour and concluded, with relief: damned good. I possessed every one of the characteristics conferring a probability of longer life: I was young; my disease had been recognized in a relatively early stage; I would receive the nation’s best medical treatment; I had the world to live for; I knew how to read the data properly and not despair.”Gould viveu 20 anos mais depois do seu diagnóstico – ou seja, superou o valor da mediana em quase 30 vezes.